Olympian Libby Trickett On Motherhood, Mental Health And Why She Keeps Doing Coastrek

By The Wild Women On Top Coastrek Team

Exercise has always been important to four-time Olympic Gold Medalist and Coastrek Ambassador OAM Libby Trickett. She made a career out of it. The legendary Australian swimmer was a show-stopper in the pool. Her extraordinary success and her infectious personality captured the hearts of Australians across the nation.

Libby retired from swimming in 2013, but exercise and movement has continued to play a key role in her life. She moves her body not just for her physical health, but for her mental health too.

And that became especially clear after she gave birth to her first daughter Poppy, who decided at four months old that sleeping wasn’t for her.

In a wide-ranging and raw interview, Libby tells us what life is like outside of the pool, how she got through the low points in her life and what Coastrekkers need to remember when they’re taking on the challenge.

As a four-time Olympic Gold medalist there would have been some incredible moments for you.  What’s the memory that stood out the most?

It’s really hard because they’re all special in their own way.

It’s a lot of the behind the scenes stuff that a lot of people don’t see, they’re the things that I value most throughout my swimming career. Making my first Australian team, getting to meet my husband (Luke) through swimming, making my first Olympic team, the first and the last world record I broke. It’s the more personal ones that are really valuable to me.

You retired from swimming in 2013. What’s life outside the pool like?

I had intentions of trying to achieve a fourth Olympics and go to Rio [in 2016] but sometimes life has different plans.

I was in the middle of training just after London in 2012 and I injured my right wrist. I tried to train on it for a couple of weeks and then realised it was probably something more significant so I started to investigate. It turns out it was a tear in my right wrist which would require a full wrist reconstruction.

I tried to come back, I tried to continue to swim and rehab but it took almost 10 or 11 months before I was actually doing what I felt I needed to do to train. I just knew I wasn’t going to be able to get back to the level of swimming that I wanted to get to.

It was kind of like the decision was taken out of my hands which is probably a good thing in hindsight.

I’ve tried to throw myself at as many things as I possibly could to try and discover what my passion is outside of the pool and what I want to work on and… who I want to be when I grow up.

You’ve been really open about the struggles you experienced after giving birth to your daughter, Poppy, especially in those early months of motherhood. How did you manage that?

[Exercise played] a massive part. I had Poppy in 2015 and I really had no idea what I was in for.

At about four months, she just decided that sleeping wasn’t for her anymore. And for the next five months she was waking every 45 minutes, overnight and during the day. That was really, really confronting. I went from being one of the best in the world at what I had chosen to do to being the person who can’t even get their own baby to sleep. I felt like I was really failing and nothing can prepare you for that kind of sleep deprivation.

There was no particular moment where I realised I was not of sound mind any more. I was trying to use exercise as a form of self-care and had decided to go to a mum and bubs class at the gym. Pops was going through a phase where she hated the car. She cried as soon as I put her in the car seat. Within a couple of minutes of that drive I just absolutely lost it. She was screaming and for the next 25 minutes, I was screaming at the top of my lungs at her.

"Exercise is a huge part of my recovery."

I don’t remember driving the rest of that trip, which is obviously pretty scary. When I got to the gym, I realised I needed help. Part of that process was going to talk to my GP first and foremost… getting a mental health care plan and starting to implement a few things. Most importantly for me, getting regular exercise. I was so tired that I didn’t make that a priority.

Exercise is a huge part of my recovery.  It is such a hugely valuable thing for me in my life, making sure I’m taking care of primarily my mental health and obviously also my physical health.

It was a family affair training over the weekend for the Sunshine @Coastrek! A few extra pit stops checking out all the 'booooaaaatttts' but excited for this Friday! #coastrek #healthybody #healthymind #joythroughmovement

What has Coastrek taught you about yourself?

I’m not an endurance athlete by any stretch of the imagination. When I was racing, I was a sprinter. Coastrek’s taught me about endurance and also how strong my mindset can be. I have to say the Sunshine Coastrek in 2017 was so hard. I didn’t want to pull out in 2017… and the fact that I was able to work through it and finish at the end with my girlfriends was such an awesome feeling.

I think that’s what keeps bringing me back to this event. On the day it teaches you so much about yourself and your friends. It’s an awesome opportunity to get out, see amazing locations and get exercising and chatting and supporting each other.

42,790 steps later and we did it!! Ho-ly balls that was hard! My body isn't made for walking (today has re-affirmed that hunch that I had!) but what an incredible event with incredible women. I was so lucky to share it with my friends (who I now believe are Iron Women) who all but carried me to the end and it was such a privilege to be part of the event raising money for the Fred Hollows Foundation. Some women danced across the line and some women skipped. I managed a hobble but couldn't be prouder. #sunshinecoastrek #healthybody #healthymind #illbepayingforitforweekstocome #blisteredfeet #currentlyhorizontalonthecouch

Do you have any advice for first-time trekkers?

And making sure you don’t get down on yourself because you feel like you’re going too slow or people are passing you. It’s not about that. It’s about finishing. Having the experience at the end of the day, that’s what’s going to be really special. That’s what you’re going to remember, not how fast you went.

What’s the best piece of advice you’ve ever been given?

The best advice I’ve learnt along the way, and it applies to life in general, is one of my favourite quotes.

I’ve found in my life, the best things that I’ve had come to me, or I’ve learnt from, were some of the most challenging times.

If you’re going through tough things, it’s never said that it’s going to be easy. But it’s always, always worth it. And I think that applies to Coastrek as well!

You heard it here first! We’re super excited to share that Libby is now Coastrek’s National Ambassador! She's recently released her memoir, Beneath The Surface, which documents the struggles she experienced out of the pool. You can buy a copy at local bookstores or online. 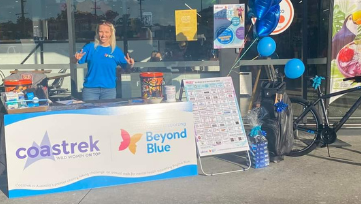 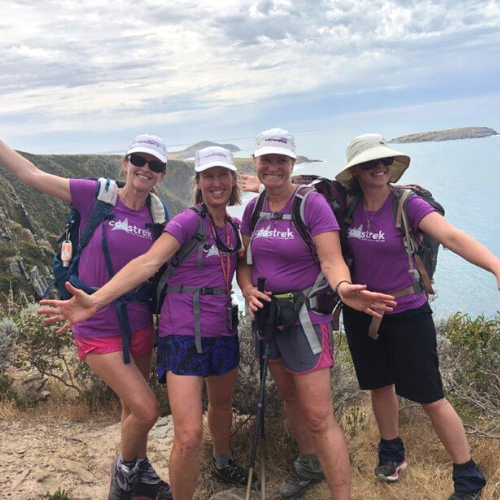 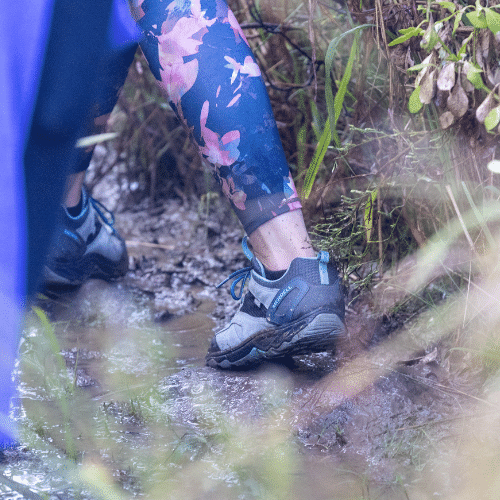